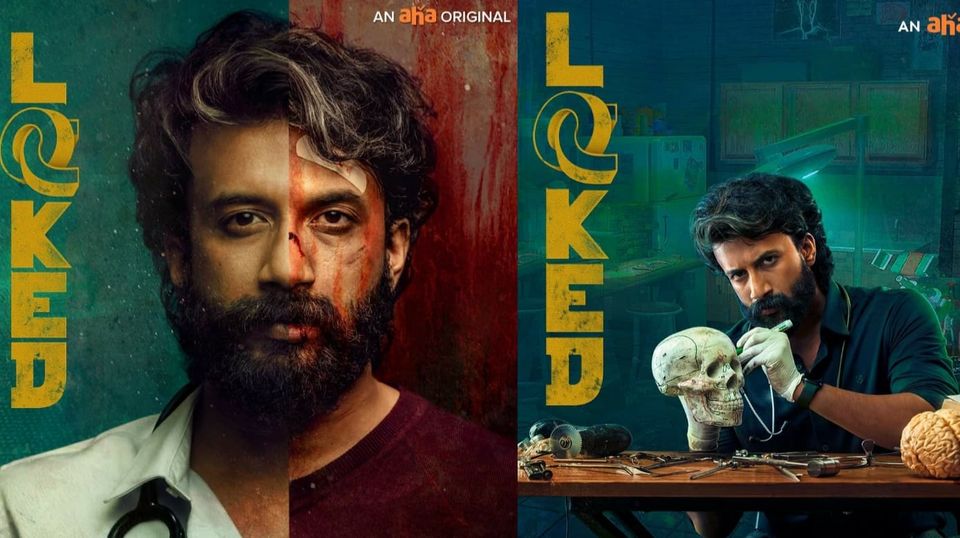 Locked is a Telugu mini top web-series written and directed by Pradeep Dev Kumar. It is an aha original and a Telugu web series you cannot afford to miss. One of the best and top web series out there. A psychological thriller series that leaves you out of breath and puts on you on the edge. The best series to have a thrilling night with your friends or loved ones.

The protagonist of this story is DrAnandChakravarthy, a professional neurosurgeon and a professor at a university. He is smart and intelligent, there is nothing he does not know in his area of expertise. He is keen, precise and focused on what he teaches and what he does. One of his students admires him for his knowledge and expertise in his profession and begs to help his mother who is on the edge of dying, DrAanandChakravarthy could not save her as the problem got out of hand. One night, Student goes into the professor’s mansion as he doubts him for some confidential matters just like some more people find a reason to enter his house on their own. Now everyone becomes a victim for knowing some of the most hidden secrets professors have secured all these days. It is the life and death situation for the innocents trapped in his mansion, as the title suggests “LOCKED”.

– This film portrays the most intelligent man in an ill-mannered but his morals are yet to be decided by the viewers.

– The character of DrAnandChakravarthy, acted by Sathya Dev was mesmerizingly active.

– The action scenes in the series are a major turn on.

The movie is a sensation, particularly in the genre of thriller and horror. It’s gonna make the watcher to binge-watch. From the beginning till the last scene it is so good. Watch locked web series only on Aha.

Telugu Web Series You Cannot Afford to Miss at this Post-Covid19 time.